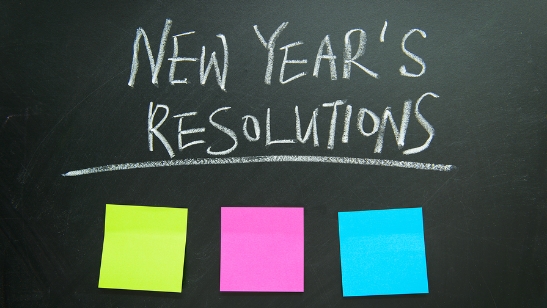 The first few weeks of every new year come replete with many people making resolutions, promising themselves they will take/or stop taking an action of some kind or change their behaviour in some meaningful way over the coming 12 months.

While I didn’t really have formal resolutions, or make them widely known last year, there were a few things in the back of my mind that I tried to do better or more of throughout 2017.

For the most part I did manage to follow through on many of these ambitions – reading more and more widely (finally making some progress through shelves full of books oft purchased but seldom opened), attending more events (from industry networking events to political party conferences), and spending more time talking about PR and what I do with people outside of the industry to help them understand its value.

However, there were also things I did not do, despite best intentions or promising myself that I would.

As you might expect these are too numerous to mention, but chief among those things I had resolved to change was the amount of writing I published. It’s something I tell myself I’m going to do more of very often, but finding/making the time just never seems to happen.

The cynics among you may say I have this epiphany at this time every year, and that the impending bill for renewal of web hosting is not a mere coincidence. There’s an element of truth in that for sure, but it’s also because there is huge value to be found in publishing thoughts and sharing with a community for feedback and discussion – it’s a fantastic learning opportunity as well as providing the means to build and strengthen relationships with networks of likeminded individuals.

So, in 2018 I’m hoping to be a bit more active on here – publishing more thoughts and ideas on communications as well as anything else that comes to mind and might pique the interest of those funny few who follow my occasional ramblings.

As a starting point, prompt, source of inspiration, contents page, or combination of all of these, I thought I’d lay out some of the key areas I’m keen to explore and talk about in 2018.

I’ve always been interested in technology and new innovations, and in recent years this interest has only grown – many of my technology-focused clients are doing really fascinating work at the cutting edge of research and developing new ways to commercialise their prototypes and proof-of-concepts, enabling me to help communicate some of the amazing use cases and problems they can now solve.

Much has been said in recent months and years about the role some of these technologies might play in our everyday lives and in different industries – voice interface, chatbots, blockchain, VR, and AI. I’ll be thinking about this in some detail, and as long as these thoughts are vaguely coherent and I can crystallise them into some form of post, I’ll endeavour to publish them here.

I’ll definitely be writing about this area of communications in 2018 – in fact I’ve already put some rough ideas down in draft – it’s something I think is significantly undervalued and underutilised in the current climate.

I’ve been doing a fair amount of work in this area over the past year or so, and have seen the kind of results it can generate.

At the end of the day people do business with people – empowering senior leaders to talk about their work, industry, thoughts and views in a slightly less formal way while representing their organisation and delivering their key messages in an authentic and personalised way, brings that humanisation back to businesses.

This isn’t about running a press office for a person, it’s about using a senior leader’s personal equity and social capital to build stronger relationships with key stakeholders – from customers and partners, to employees and job applicants – and leveraging it effectively to serve the business.

Navigating The Complexities Of EU Withdrawal

One thing it will be almost impossible for communicators to escape from in 2018 is going to be the UK’s withdrawal from the European Union. Whether you like/agree with that decision or not the Brexit process is going to be a cause of major uncertainty and navigating through the complexities of negotiations, announcements, and decisions will inevitably be a contributor to business risk.

As trusted advisors and counsellors to some of the most senior decision-makers within organisations communications practitioners will play a significant role in helping leaders understand what their key stakeholders are saying, and how their responses, statements, and decisions are likely to impact reputation throughout the withdrawal.

With such a polarising issue, taking the line of least resistance, avoiding unnecessary confrontation and disruption, and capitalising on any opportunities that come along will be key to success. Identifying those pain points and potential successes is a great opportunity for public relations professionals to demonstrate their value at the highest level.

Again, something I’ve been thinking about for a while is how best to attract the best talent to the public relations industry. I didn’t really consider pursuing a career in public relations until I was 21, in large part because before that I didn’t have a good idea of what PR people did, or ever hear it being talked about as a valid career choice.

I’m in no doubt that at least part of the reason why our industry is still predominately white and middle-class is because young, school-age people don’t have a clue what PR is. Those that do probably know someone in the industry and if we only recruit these people, we risk becoming a homogenous mass of ‘people like us’ – which benefits no-one. I’m certainly not alone in wanting to do something to improve this – Sarah Stimson and the Taylor Bennett Foundation do fantastic work here, but proactive efforts from passionate and articulate individuals like Paddy Blewer are crucially important too.

I’ve offered myself up as a resource for pupils at my old school to answer any questions they might have about public relations, university choices, and any other guidance or advice they might want to hear from me,

Throughout 2018 I’m going to look at other ways that I can begin to encourage people to consider a career in public relations by helping them better understand what a PR career entails, what opportunities it can provide, and why I enjoy doing what I do.

Something that nicely builds on getting more people into public relations, is a conversation I had with Richard Bailey at an event last year. We spoke about the areas of public relations that are typically cited by PR students (particularly at the outset of their studies) as those that they eventually hope to be involved with. As you might expect the more consumer-facing sectors feature heavily – music, fashion, beauty, sports, and lifestyle PR dominate these conversations.

That’s not necessarily a bad thing, but I think we need to understand the reasons why more PR students are not considering more B2B-focused careers, corporate communications or public affairs roles.

Many of the people who find themselves in more corporate PR roles have studied more traditional subjects at universities or transitioned across from another discipline or industry – often that can be advantageous, but I do think there is work to do to promote roles in corporate communications to PR students, and academic or professional qualifications in public relations to those pursuing corporate PR careers.

Here I hope to not only share my thoughts and views, but also tap into the knowledge and experience of colleagues, clients, friends, and online acquaintances to foster conversations about corporate comms and its future talent pipeline.

I’ll probably think of many more areas and things to talk (or grumble) about throughout the year, but if you’d like my view on something, or think I’m slacking off and not writing as much as should be – do give me a nudge.