One of the many things a good public relations program can offer is a change in reputation or public image for its client. An example from ‘Down Under’ demonstrates this well. 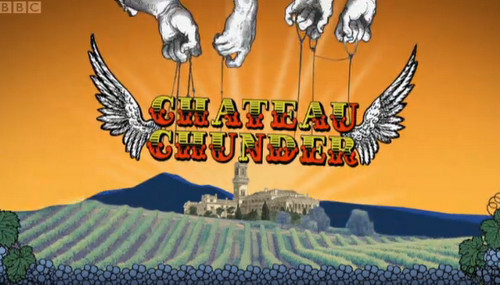 Not so long ago in this country, wine was still considered the tipple of the toff, only accessible to the wealthier, upper strata of British society – now we can all drink it (if we like), so what changed?

A number of different factors have led to wine becoming a more mainstream mouth-pleaser, most notably the growth in production and quality of wines from the ‘New World’.

The BBC aired a fantastic documentary in late 2012: ‘Château Chunder – When Australian Wine Changed The World’ that explained how Australia in particular changed the image of the wine it produced.

In the 1970s Australian wine was something of a laughing stock, known to many as ‘Château Chunder from Down Under’ due to its sometimes quite unpleasant characteristics, but this phrase hints at the problem in the world wine market at the time.

The key word here is Château – In the 1970s, though many English speaking countries produced wine, people were using language from the Old World to describe their produce. Cotes du Rhone, Burgundy and Sancerre were terms used very loosely, and to describe wines from all over the world.

So how on earth were you supposed to know what you like?

Well, the Aussies simplified things – they started naming their wines by grape variety and went to the trouble of describing them on the back of the bottle – they took the need for wine knowledge out of the equation.

The troubles with terms like Burgundy are numerous; for one it means, or was supposed to mean something very specific. Names like this in ‘Old World’ countries like France, Spain and Germany, tell you about the grape variety/ies, the location of the vineyard and can tell you about what characteristics will be present in the wine – provided you have the right knowledge.

Burgundy, can be white, red or sparkling – Pinot Noir, Chardonnay, a combination of both – so you can see the difficulty people without this knowledge would have!

Australia is now the fourth largest wine exporter in the world – remarkable considering their position fifty years ago!

Wine is no longer inaccessible to the average Australian, nor is it to anyone on the planet so long as you have a few spare coins jangling about in your pockets.

Public image can be a real deal-breaker for a brand, just look at the high street coffee chain that must not be named, and the way the public judged them after the revelation about its tax affairs.

With a planned, sustained and well managed public relations strategy even a relatively negative public image can be overcome.

There are a number of ways of going about this, and we wouldn’t be a very good industry if we just passed on our knowledge and expertise for free, but a lot can be learned from the Australian’s example.

Take the CIPR’s definition of PR and ruminate on it, PR is as much about what you do as a business, as what you say:

Public Relations is about reputation – the result of what you do, what you say and what others say about you.

Public Relations is the discipline which looks after reputation, with the aim of earning understanding and support and influencing opinion and behaviour. It is the planned and sustained effort to establish and maintain goodwill and mutual understanding between an organisation and its publics.

If you are trying to sell something to a mass audience as they were, make it accessible; they shouldn’t need to attend evening classes to understand what it is you sell or what you do.

Show how you differ from your competition; those wily winos held blind tastings of their wines and let experts compare them with popular drops from Old World winemakers, and the Aussie wines went down very well. If your product is the best in its class, tell people that.

Managing reputations and changing public image is the PRs raison d’être: even if you start out as a Château Chunder, with a bit of work you could end up as a Penfold’s Grange.